The City of Warren and its citizens are at risk without an ordinance in place to control the sale and distribution of recreational marijuana.  This could have serious legal ramifications if a strong ordinance is not in place first.  Six months should be enough time to enact an ordinance and protect the city.

Warren Mayor Jim Fouts is hopeful that a majority of the council will reconsider their vote against a 6 month moratorium until an ordinance is in place. This was a request by both the city attorney and building department.  Without an ordinance, this could complicate law enforcement efforts as well.

Note: Warren Mayor Jim Fouts is not opposed to marijuana but wants to protect the City of Warren! Many (if not most) cities have chosen to opt out completely. 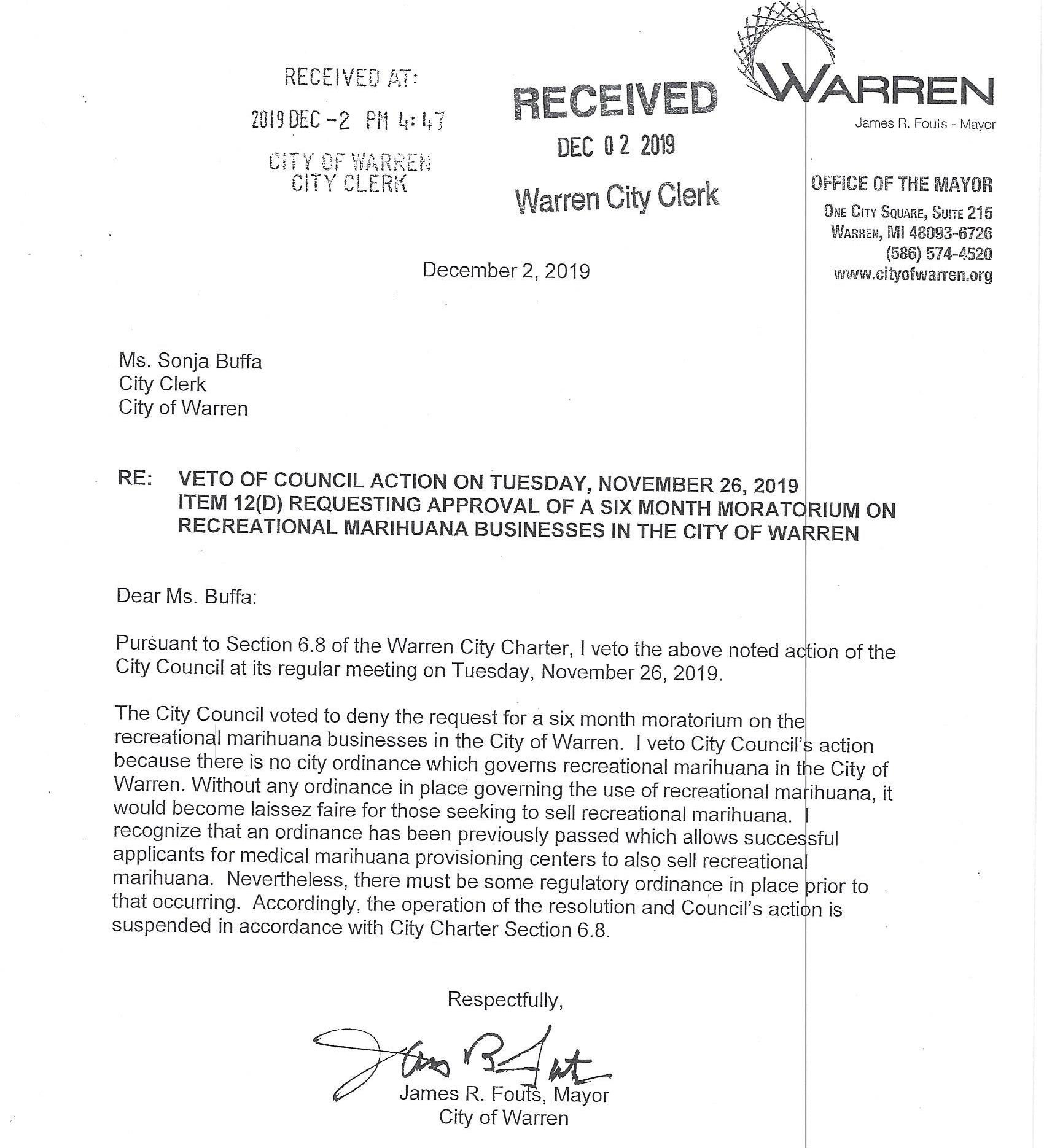