Mayor Jim Fouts, “On behalf of Warren residents” wants to “express (his) personal satisfaction for the two important new designations for our city.

“The first one by Zippia, a career website, designated Warren as ‘One of the Best Cities in the U.S. to Retire’

Zippia analyzed every city in the U.S. in terms of low cost of living, low crime, the most things to do, and how close they are to an international airport.

“I am not surprised by this ranking because of our low crime rate and focus on senior services at our city’s Community Center and Fitzgerald Senior Recreation Center.” Stated Mayor Jim Fouts.  Adding that “Also, our two senior housing complexes offer affordable and comfortable living with 99 percent occupancy.”

“Recently, our police department started a regional task force to stop senior scams – and it has resulted to several arrests.

“Our city tax rate, water rates and violent crime rates are low, and our EMS services are the best in Michigan, according to the American Heart Association.

“The second designation was Warren being ranked No.13 for K-12 teachers to live and work by career data analysts at Goodcall.”

“All of the schools in our city are safe because our police assign school community liaison officers who work closely with school administrators and teachers.  I know as a former teacher in Warren how a positive learning environment begins with safety and creativity in the classroom.

“The teachers I know who live in our city are also impressed with our low crime rate and great city services.” stated Warren Mayor Jim Fouts.

“This administration has made it a priority to work with schools by annually sponsoring a Job Fair, All-A Student Recognition Program, and College Night.

“I am proud of these designations which are proof that Warren is a great city with a reputation as ‘A City That Cares.’ ” 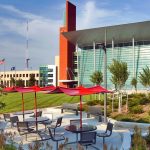