“This center is going to be a shot in the arm for the older section of Warren and should bring more new business activity and jobs to the area,” said Warren Mayor Jim Fouts, who said this is the second new branch library built in the city’s older neighborhoods.   The first one opened two years ago located at 9 Mile and Ryan.

“These new branch libraries are the first new libraries opened in the older sections of Warren in over 50 years,” said Fouts, who has focused on improving older neighborhoods with anti-blight sweeps, new storefronts and decorative streetlights.  “The residents I talked with are pleased that the city is paying more attention to older neighborhoods,” says Fouts.  “Our goal is to convince these residents that city government cares about them.”

Fouts said he will schedule meetings with residents at the new center “to discuss neighborhood concerns and problems.”

The public is invited to the opening, and refreshments will be served. 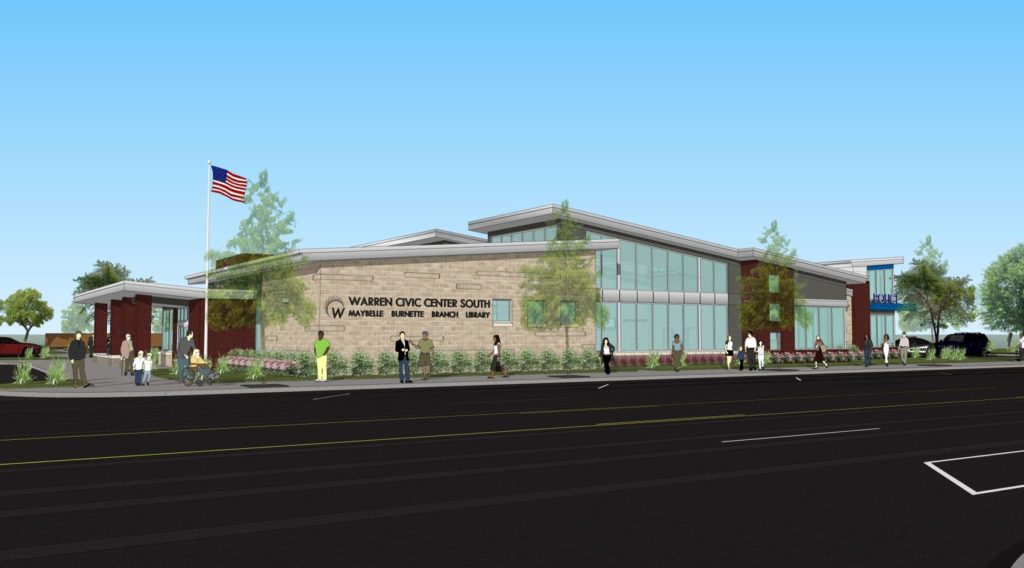