“I have directed Police Commissioner Jere Green to review and update our police officers conduct when it comes to use of force.

“I made this decision following recent police incidents and the use of force throughout the country.

“I want to make it abundantly clear that our police have never been accused of excessive use of force, and I am proud that our police officers conduct themselves with the highest degree of professionalism.

“But, as mayor I have always addressed to the Benjamin Franklin’s motto that, ‘An ounce of prevention is worth a pound of cure.’

“Our (City of Warren) Police Department Training Division will immediately review our present and past training as it relates to community relations and the use of force. 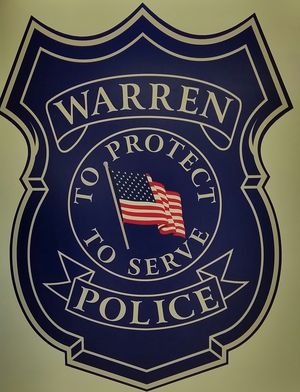 “Just as an example: if an officer charges someone with resisting arrest and there is a use of force, it requires an independent review of any evidence or video by the Prosecutor’s Office before a warrant is issued. Our standard use of force form has to be filled out for every use of force and requires a review by a supervisor of all evidence, video and audio, and then a report to me as to whether that use of force was in or out of policy.”

“The Police Department does a training block each year in January that includes mandatory annual updates, but it also includes what we feel are current issues. Now, we are going to focus on training that aids officers in their contacts with our cultural diversity, with persons who have mental health issues, with recognition of physical issues, and then a concentrated effort to train officers in de-escalation techniques. We want officers to be well-trained on how to handle all situations.

“As it relates to body cameras, purchasing price and retention are issues that are still being sorted out by our Training Division.”

“As part of this training update, I have directed our Police Department to include meetings throughout our city to work with community groups, such as Neighborhood Watch teams, to seek input from our residents.

“I have every confidence that Police Commissioner (Jere) Green and his command officers will update our police training to promote mutual respect between our residents and police.”