The City of Warren came together Friday to remember the faithful service and bravery of Sergeant Christopher Michael Wouters and Police Officer Edward Anthony Rea.

The city’s police headquarters named after Sergeant Wouters who joined the force in 1981. Wouters violently lost his life in the line of duty –October 11th, 2000. His badge, retired seven years later.

The City’s annual Police Memorial was held on Friday, May 10 at 10 a.m. in the atrium of Warren City Hall.

Warren Mayor Jim Fouts says the memorial ceremony honored “those fallen officers who gave the ultimate sacrifice.  They should have our highest admiration – and their families should have our deepest understanding.”

“When an officer leaves his or her home for work, his or her family does not know if he or she will return,” added the Mayor.

Mayor Jim Fouts ads that more than 19,000 police officers have been killed in the line of duty throughout our nation’s history dating back to 1791. 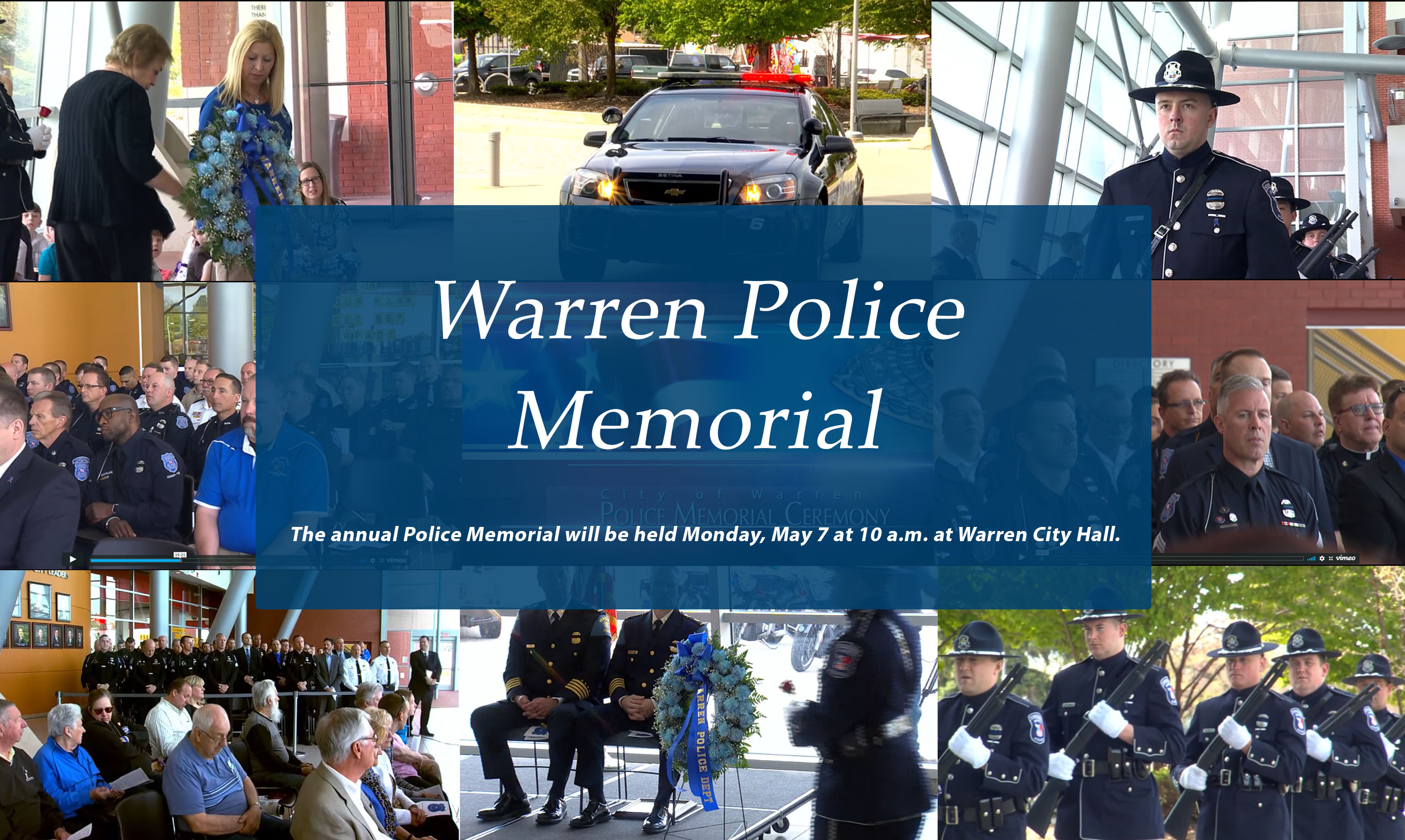