Holiday Lights Contest – The City of Warren is hosting a Christmas Lights Contest for its residents.
As promised by Warren Mayor Jim Fouts, after last years issue with the Eiffel Street Christmas decorations, in which the Mayor pledged to encourage, not discourage neighborhood Christmas decorating.
The City of Warren is now accepting nominations for your neighborhood and for yourself.
The Holiday Lights Contest Award categories Include:
Brightest
Block Themed
Most creative
Beautification Commission’s Choice
Cultural Commission’s Choice
The nominations will be judged on Thursday, December 12, between the hours of 6:30 and 8:30 PM.
Please send nominations, with a photo, to the Warren Parks and Recreation Facebook page or email to cbarnes@cityofwarren.org.
Warren Mayor Jim Fouts will present the awards at the Mayor’s Office on Wednesday December 18 at 2 PM.
Those not able to attend can make arrangements to get their awards at a later date.
Merry Christmas and Happy Decorating for the Holidays! 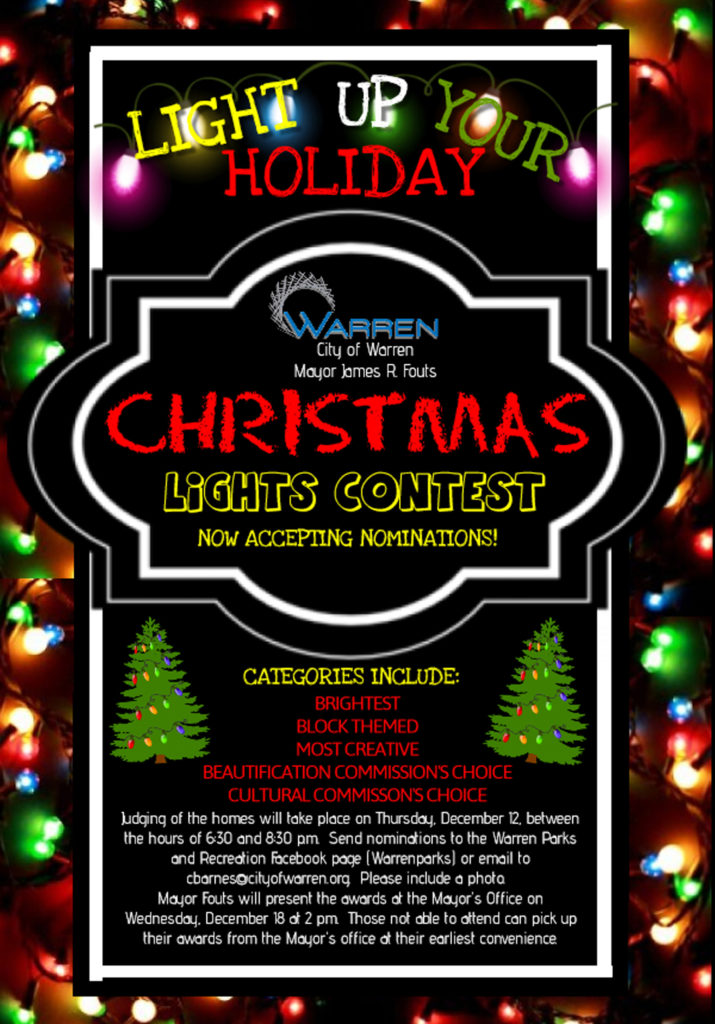