Over the past few weeks, a series of fake recordings have been floating around the media channels, alleging that someone, purportedly Warren Mayor Jim Fouts, said some terrible things.  And while dirty tricks and diversions are nothing new, these vicious attacks have gone too  far.  A common denominator in the release of these fake audio Read more about A Statement regarding the recent public attacks from a disgruntled former consultant against Mayor Jim Fouts[…] 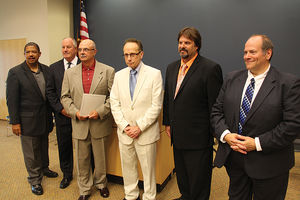