Warren City Hall will be lit up with colors signifying: blue for rare disease, grey for grey matter, and lavender for epilepsy.

One of these rare diseases is LISSENCEPHALY, which literally means “smooth brain,” is a rare, gene-linked brain malformation characterized by the absence of normal convolutions (folds) in the cerebral cortex and an abnormally small head (microcephaly).

City of Warren resident Janis Kinkela contacted Warren Mayor James Fouts about a proclamation for awareness and lighting up city hall.   Warren Mayor personally met with Ada, Janis Kinkela’s granddaughter, who was diagnosed with this disorder.

While there is presently no cure for this disease children can show progress in their development over time.  Bringing awareness brings hope that someone may become interested and that person may lead to a cure!

In the photo is Ada Bradlee Underwood and her mother Erika Underwood, and grandmother Janis Kinkela. 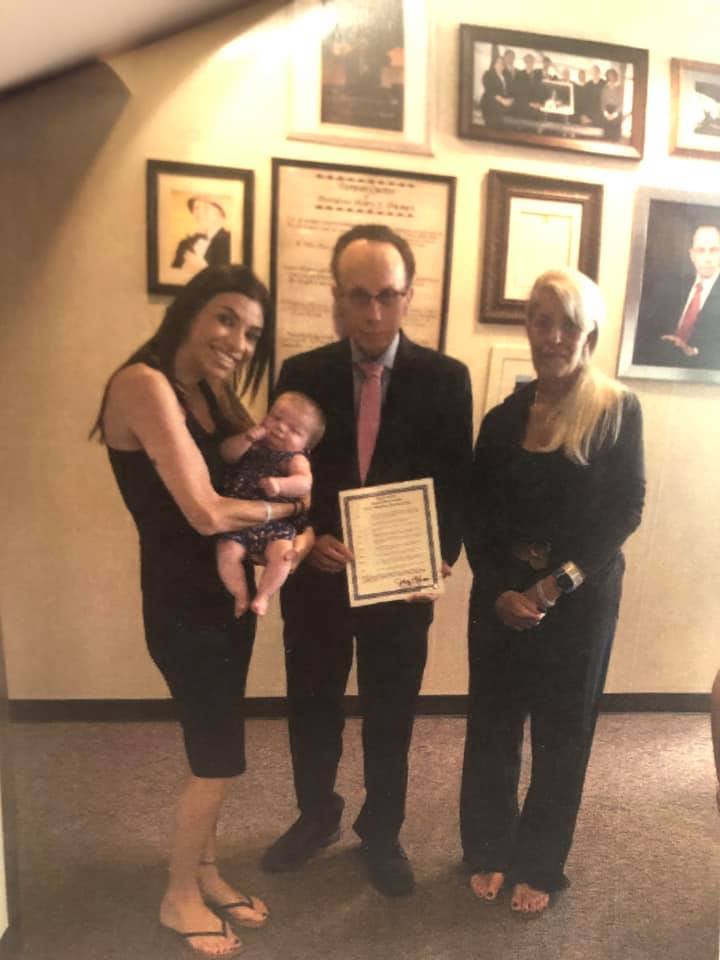 *Interesting to note is that Ada is the granddaughter of former Warren Councilman Floyd Underwood.