Warren Mayor James Fouts has declared that Saturday, February 29 will be the “Rare Disease Day 2020” in the City of Warren.

Rare Diseases include Pitt Hopkins Syndrome, just 1 of nearly 7,000 diseases and conditions that are considered rare.  Nearly 1 in 10 Americans have a rare disease or condition.  Isabella Turkiela, a 7 year-old Warren resident has Pitt Hopkins Syndrome.  Warren Mayor James Fouts says, “We are committed to helping those with rare diseases with medical, social and support services.” added the Mayor in a statement.

In addition, to help spread awareness further as well as raise money for Pitt Hopkins Syndrome at NO EXTRA cost to the consumer, the Pitt Hopkins Research Foundation is set up with Kroger Community Rewards in the state of Michigan.  If people choose Pitt Hopkins Research Foundation when setting up their Community Rewards on their Kroger Rewards Card, Kroger will donate a percentage of their purchases at no extra cost to them.  This is a great option for people that want to help, but may not have extra money to donate directly.

Also, for those that shop Amazon, the Pitt Hopkins Research Foundation is set up as a choice if they use smile.amazon.com. 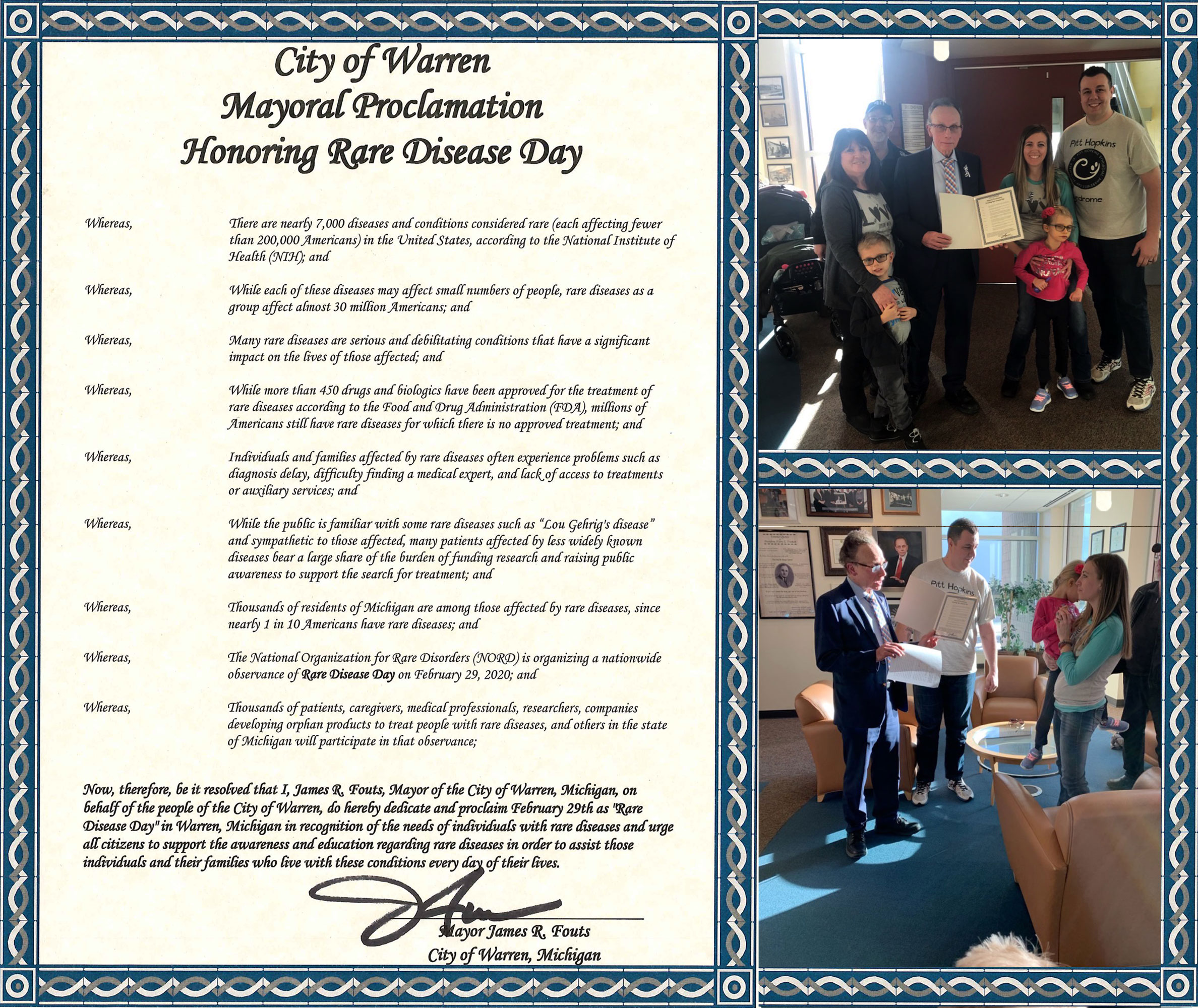